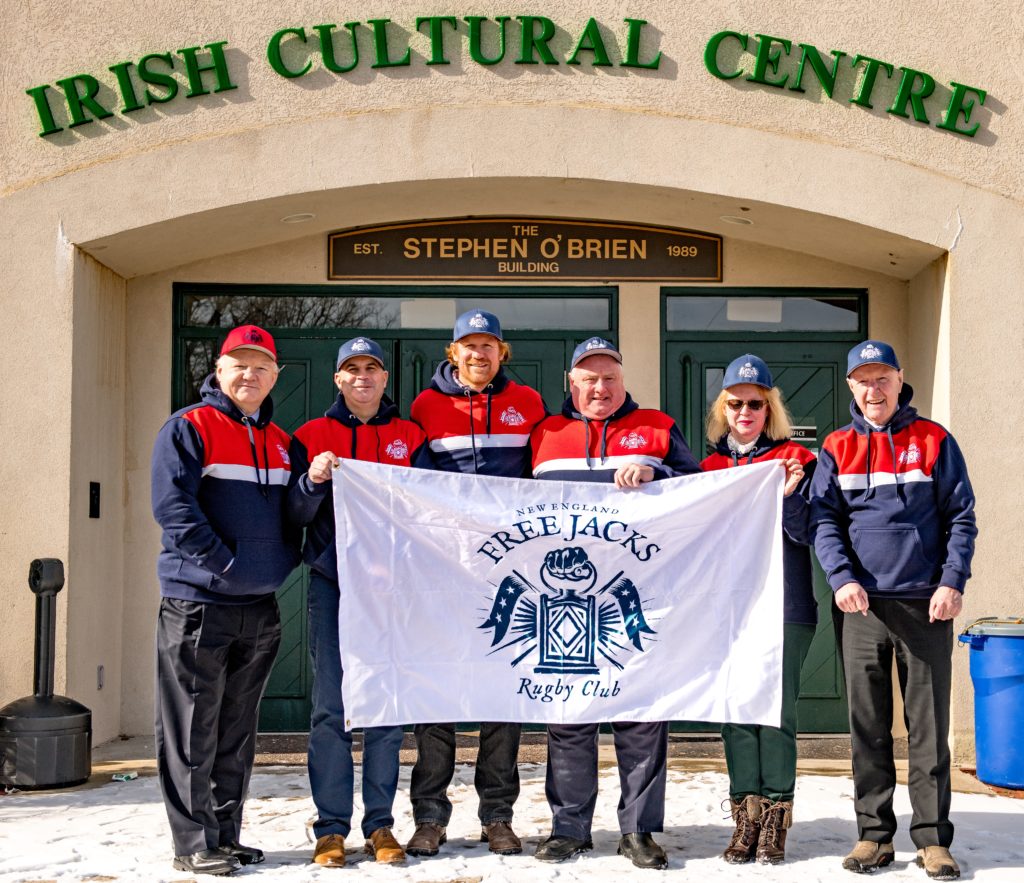 Matches April 6 and June 1 to be Held at the Irish Culture Centre in Canton, MA

Boston, MA – The New England Free Jacks of Major League Rugby are excited to partner with the Irish Cultural Centre of New England (ICC) to host the A-side of traditional provincial power Munster on April 6th and the All Ireland league club champions Lansdowne FC on June 1st. The matches will be played on the Gaelic Athletic Association Field in Canton, MA, as part of the transatlantic series “The Cara Cup” between top Irish provincial sides and the New England Free Jacks.

“We are incredibly excited about this opportunity with the Free Jacks and certainly feel that our partnership is mutually beneficial,” said Greg Jackson, Executive Director of the ICC. “It’s in-line with our mission of promoting and preserving Irish Culture as rugby is growing sport in Ireland and here in the United States. We are looking forward to the tremendous occasion and the beginning of a really wonderful symbiotic relationship between our two organizations.”

The Irish Cultural Centre offers some of the best rugby and festival facilities in New England and will be a perfect host for the Munster and Lansdowne matches this spring. The GAA field has 2500 permanent bleachers with additional temporary bleachers, tent, and standing room areas in addition to a bespoke facility with plenty of locker rooms, restaurant & bar, and meeting spaces.

“We are thrilled to be partnering with the ICC and the GAA to be part of this historic occasion–hosting the mighty men of Munster in the Boston area is such a treat, but then to be able to do so and share with the ICC on the tremendous grass surface of the GAA field is really exciting.”  said Free Jacks CEO Alex Magleby. “We are very thankful for the work the ICC board, the GAA, and the Boston Irish Wolfhounds have put in to make this historic event become reality. It is going to be a fantastic occasion, with a great crowd and some exciting rugby.”

Seamus Mulligan, President of ICC added, “I think it’s a marriage made in heaven. Rugby is huge in Ireland and as consequence the four different provinces are coming out very shortly and it’s a delight to be a part of the historic occasion. It’s a great game, it’s a rough game but it’s played by gentlemen.”

Ticket purchases along with details and match venues for the other matches in the Free Jacks Irish spring series will be announced in the coming days.

Rugby Club New England, aka the Free Jacks, is greater Boston’s 1st Professional Rugby team representing all the greatness of the six New England states on and off the field. The Free Jacks were named the 9th member of Major League Rugby on September 20th and will compete in the 2020 MLR regular season.

In 2019 the Free Jacks will host the Cara Cup, a 6-match series which begins on St Patrick’s weekend in the greater Boston area, features “A” squads from Connacht, Leinster, Munster, Ulster, and New England’s 1st Professional Rugby Team, The Free Jacks.