Harrison Boyle: Born In Boston, Playing For The Free Jacks 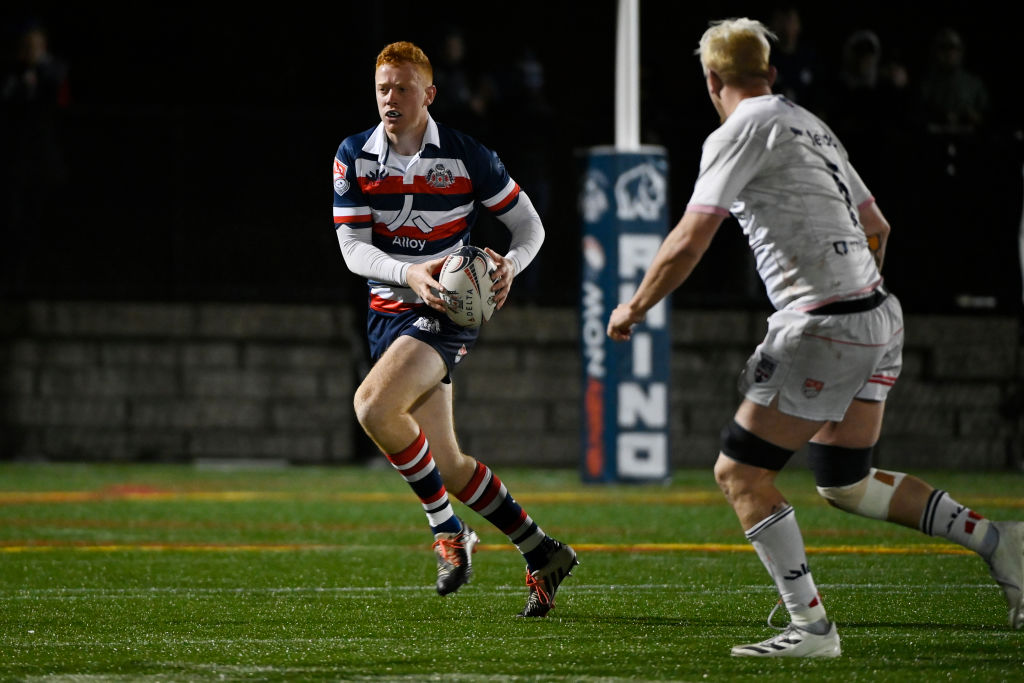 “Once mum [Louise] got over here, she found out she was pregnant, which at the time I don’t think she was too happy about,” Harrison Boyle laughs when asked the reason he was born in Boston.

With his father, Brendan, completing a postgraduate degree in the city, and with a wife and two daughters [Madeline and Grace] under the age of three in tow following him from New Zealand, their arrival whilst living in North America would return to his place of his birth to play for the city’s professional rugby team.

He jokes now that is mother “hopefully feels a bit differently” now, the 22-year-old very much making the most of his time in the city he once again calls home. Only having lived in Boston for a matter of months before his family returned to New Zealand.

In the years that followed, rugby became a central part of the fly-half’s existence. Describing his father as a rugby “nuffy” – a slang term for an obsessive fan of a sport – Boyle started throwing a rugby ball at Hutt Old Boys Marist Rugby Club prior to attending St Patrick’s College.

After his schooling in Kilbirinir, Wellington, had come to a close, Boyle enrolled at the University of Otago in Dunedin to study law, his parents hugely influential in their desire for their son to pursue both rugby and academia.

“They probably got the nice balance of pushing my focus on my academics, as well as making sure I was enjoying my sports,” Boyle said.

“Which is something I am extremely grateful for, because it would have been easy to go into a rugby academy back home and maybe pick up some work. I made the decision to go to uni and I am pretty pleased I did do that.”

Turning out for the Dunedin Sharks after his move to the South Island, Boyle quickly caught the eye of the Otago Rugby Academy.

Making his professional debut in 2019, prior to Covid-19 putting a stop to everything, the playmaker made the New Zealand U20s squad that was due to travel to Italy and compete at the Junior World Championship.

It was in some ways thanks to Otago that his move to the Free Jacks was paved, his coach being Ryan Martin in the region, who upon learning that the young player held an American passport, wanted to bring him along on the journey.

“I always thought rugby might be an opportunity in the US in the future,” Boyle said. “It was never something I thought would happen so quickly, and it was kind of a weird connection, but something I was very keen to do.

“I was unsure of what I was getting myself into, especially at the time with Covid, the league had only been around for a couple of years, but I am extremely happy I made the move to come over here. It has been really cool.”

In the 2021 season, Boyle stood out at fly-half, putting his expansive kicking game on show for all to see. With age on his side, the future is certainly bright and after last season made the choice to come along for the ride in Quincy in 2022.

“I saw where the Free Jacks were wanting to go and I thought the competition had massive growth potential,” he said. “I think the Free Jacks saw that as well and they are smart in their ownership and organization.

“I knew I was going to be well looked after, I knew that I would be getting good coaching; I am still very young, so for me it is about getting better each day and each week to be in a professional environment.

“If I was staying at home, I would be doing university full-time and potentially in a wider squad for the NPC [Bunnings] that trains at 06:00 and 18:00 Monday to Friday outside of club training.

“I think this was the best decision for me, my rugby, but also life in general. It all added up really nicely and I guess that is the main reason I came over here again.”

As far as second seasons go, Boyle is enjoying a winning won under Scott Mathie. With two games of the regular season to go, your Free Jacks top the East Conference with a nine-point gap between them and their closest rivals, Rugby ATL, and will play these final two rounds of fixtures at Veterans Memorial Stadium.

This campaign has seen the Free Jacks set the Major League Rugby wins record in a season, whilst the team has gained a place in the postseason for the first time in its three year history.

New England’s winning streak came to an end last Thursday in Toronto as the Arrows beat the Free Jacks 33-18, a win that could prove to be extremely valuable in the Canadians’ final push for playoff rugby.

Starting that game at fly-half, Boyle says the performance was below the standard that the side has set itself for large parts of the season.

“As a team and as individuals we were very disappointing,” he explained. “Not necessarily that we lost, but more that the produce what we put out there and what we strive for week in and week out.
“We know that if we look after how we play, the results will look after itself. I think that was probably the most disappointing part, that we probably let ourselves down and Toronto came into the game with a really clear plan of how they were going to beat us and executed it really well.”

Flying back to Boston the day after the game, on Saturday morning the playing staff descended upon ‘The Forge’ to review their most recent efforts.

Playing on the Thursday has given the team eight days to prepare for the NOLA Gold, as well as to enjoy a full weekend in the company of one another, with a large group of players and coaches going to Fenway Park to watch the Red Sox play the Seattle Mariners.

“It was pretty brutal, and we were very honest about it, so we knew going into this week what we needed to do, but the coaches said how important it was to have a break from rugby,” Boyle said.

“We had six three-day turnarounds, so we’d had quite a few fames in a short period of time. Now we have a chance where we have got a 10-day turnaround, so we got together, went to Fenway and have reset before a final push in the backend of the season.”