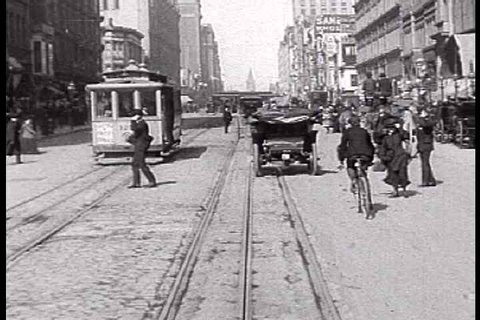 It will be informative to narrate the many intents, regional, athletic, and practical that resurrected rugby union at a few American colleges, albeit for a short time (1906 to 1914), and only on the West Coast.

Violence and commercialism represented the primary reasons for the university presidents of Stanford (Jordan) and California (Wheeler) to reject gridiron football under the newly constituted, and, ostensibly, safer rules. The sport of rugby offered a fresh beginning for the schools’ athletic programs.

Regional variances played an important role in these football decisions. The state of California stood at the new frontier of an emerging American West, pristine, unsullied, and absent of decadent East Coast values. In addition, it faced west into the Pacific Ocean toward the Asiatic nations of Japan and China, the antipodal nations of Australia and New Zealand, and not east across the Atlantic Ocean to Old World Europe.

The population of America totaled eighty-six million in 1906 with a million and half settled in California. San Francisco numbered four-hundred-thousand people, ranking it the eighth largest city in the USA. The pursuit of gold brought the rush of “forty-niners” to the city, expanding it from 1,000 to 25.000.  Over the next fifty-five years from 1850, commerce and a fine harbor contributed to the city’s swift expansion.

Pleasant, temperate weather in the Bay Area also served as an added northern California attraction. Mark Twain humorously disputed the fact in a famous quote about the hilly city’s daily fog and cold. He wrote, “The longest winter I ever spent was a summer in San Francisco.”

Los Angeles, situated at the edge of a desert, counted a paltry one-hundred-thousand plus residents in 1905. People relocated to L.A. (factually, coastal Santa Monica) to recuperate from tuberculosis in the dry climate. Los Angeles lacked a sufficient water supply to accommodate a larger population. (See “Chinatown” the movie). The first Hollywood movie studio would not arrive until 1911, bringing with it the town’s first industry.

The University of California, a land grant college, started in 1868 with an Oakland location, and, later, moved to Berkeley. Leland Stanford and his wife Jane funded a college in memory of their deceased son, Leland, Junior, opening in 1891 in Palo Alto on the San Francisco Peninsula.

The Culture of Gridiron

The U. California college president, Benjamin Wheeler, stated, “Football must be made over or go.” It was not only the violent play of gridiron that offended California university officials but also the ingrained eastern college football culture of commercialism and semi-professionalism. Football’s value structure emphasized a week of daily team drilling and long practice sessions, cutting into class work and study time.

Yale was the premier football powerhouse, winning ninety-seven percent of its games and many unofficial national championships over a thirty-year span. The Elis pioneered the red shirting of high school football players by enrolling them for a post graduate term at eastern prep schools. Then, admitted these mercenary students to New Haven after an extra year or two of gridiron seasoning.

Some of the culpability for football’s challenges was directed at the highly paid coaches who often became better known than the players. Among the famous men who successfully brought winning football records and fame to their schools in this era were Walter Camp (Yale), Amos Alonzo Stagg (Chicago), Fielding Yost (Michigan), Glen “Pop” Warner (Cornell and Carlisle), and John Heisman (Georgia Tech and Penn).

On March 1906, a Stanford and California combined committee met to vet the presidents’ decree to convert to rugby for the upcoming football season, The Stanford football team was against the decision. It’s captain declared, “….but when it comes to a choice of rugby or nothing, I will support the English game.”

The two recent, Bay Area rugby matches featuring the talented All Blacks offered a first-hand look at the play of top flight rugby union. Familiar to spectators were an ovoid ball, goal posts, running, tackling, and kicking, Absent were blocking, mass wedge plays, a line of scrimmage, and the five-yards/first down rule.

Perhaps the most cogent comparison between the two contact sports appeared in the San Francisco Examiner newspaper, which wrote, “Tackling in rugby kills the ball, not the man.”

On April 10, 1906, San Francisco experienced a devastating earthquake that left homeless  over two-hundred thousand people. The event would not deter the November “Big Game” rugby match between California and Stanford in Palo Alto.