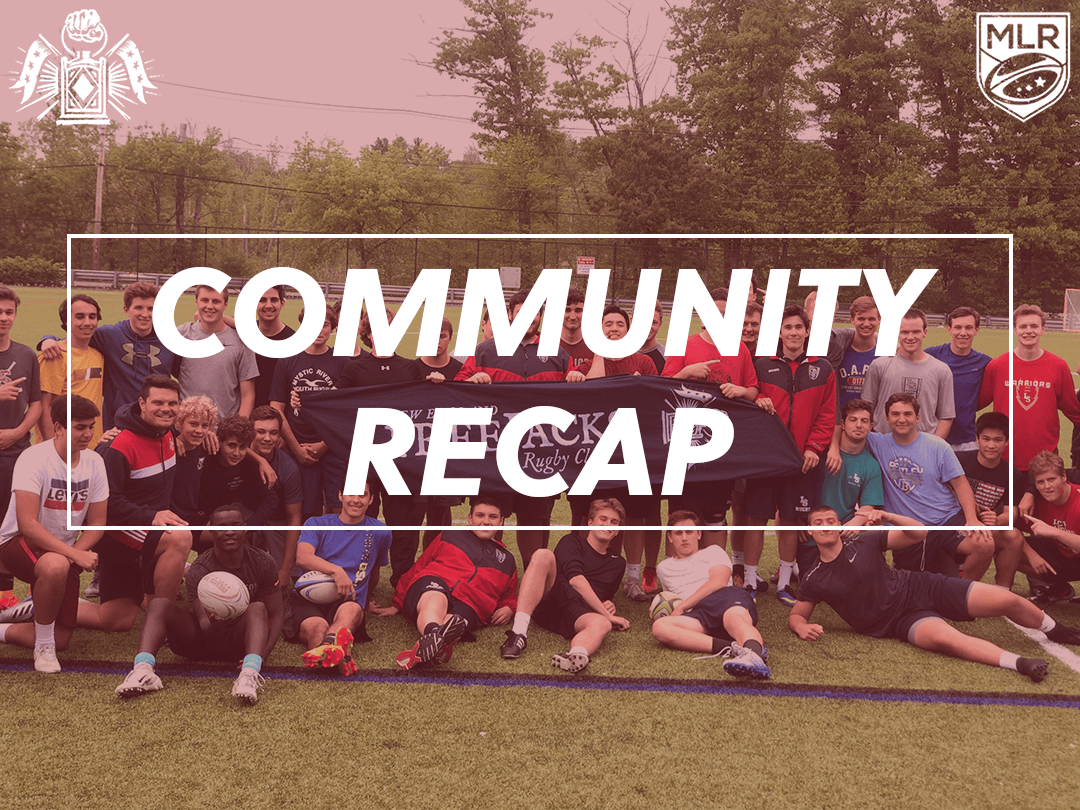 The New England Free Jacks have not officially stepped on to an MLR pitch yet, but that doesn’t mean they haven’t already embraced the community as their own. Since the snow of last winter began to thaw and players dug out their cleats from the closet, Free Jacks have been making themselves seen and heard all throughout New England.

Free Jack stalwarts and capped USA Eagles Anthony Purpura and Tadhg Leader have spearheaded the team’s community engagement.  They have been facilitating practice sessions with local Men’s and Women’s Youth and High School programs as well as attended local club events such as the Acton 10’s and Worcester 7’s Tournaments. All of it, says Purpura, has been a great experience.

“There’s been a lot awesome feedback from the players and coaches” says the 32-year-old former ARC Champion. The opportunity to work with young players and teams has been particularly rewarding, “teams have been really happy with how the sessions have gone. It’s incredible to see some of the skills we’ve brought to the trainings come out on the field and even more so to watch the accomplishments of the players in the spring championships and 7’s series.”

Tony and Tadhg’s respective backgrounds facilitate quality skills training for both forwards and backs. Leader, a flyhalf who has appeared in both the MLR and International stages, teaches the athletes important skillsets, such as maintaining line speed, micro and starter plays, as well as proper passing form. Purpura, a versatile front rower, puts his attention into things such as proper scrummaging and set piece execution. The division of responsibility allows Purpura and Leader to address specific instances of situational rugby with the position groups that may otherwise get overlooked in a more communal practice with a single coach. When a player’s confidence is improved in these individual scenarios, they will be more prepared to execute on the field.

While there is a lot of focus on on-field skills and strategy, both Free Jacks have placed a particular emphasis on ensuring safe participation in the game. Players run through drills to build habits around proper tackling and contact form, paramount a young age. “We want them to be able to play the game safely” remarked Purpura. Growing up as a wrestler himself, Tony knows the importance of learning proper tackling, scrumming, and contact technique, and tries to instill confidence at the contact point to build quality repetitions for the players to develop their game.

Both Leader and Pupura were able to watch players put all the pieces together on the field at the Massachusetts High School State Championships, which included many players who were present at one or more the Free Jack-led practice sessions.

While Major League Rugby teams across America are connecting with youth programs in their respective regions, the Free Jacks occupy a unique position. Massachusetts is currently the lone state in the country to classify rugby as a high school varsity sport which, according to Purpura, may be setting the groundwork for something bigger.

“I think Massachusetts and New England is going to be the next hotbed for rugby,” he says. “The MIAA making rugby a varsity sport is going to pay massive dividends in the future. In these early years we are seeing the quality of play at high school level go through the roof.”

Hopefully, as MLR continues to grow, other states might follow the Bay State’s lead in classifying rugby but until then, Purpura looks forward to the effects of the sport’s growth in the youth ranks will have locally.

More Free Jack youth rugby sessions will be announced in the near future. If your team or one you know might like to have the Free Jacks come to a practice, please contact tony.purpura@thefreejacks.com for more information.