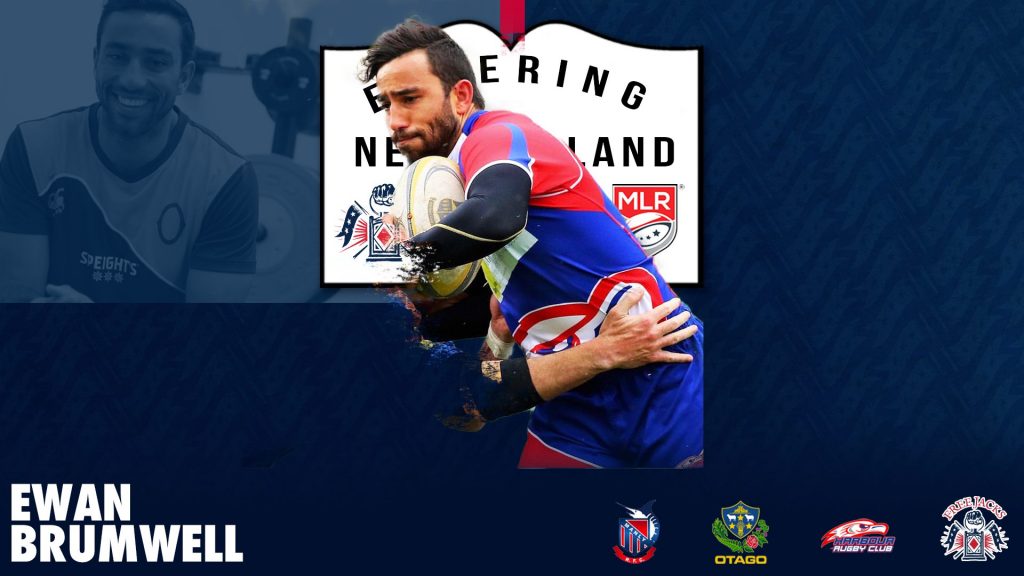 BOSTON — May 12, 2021 — The New England Free Jacks today announced the signing of Ewan Brumwell to the playing roster for the 2021 season of Major League Rugby. Brumwell joins the Free Jacks with extensive experience across the backline and will add depth and additional attacking threats to the current roster. Brumwell previously represented Otago in 15s and 7s, has earned over 80 appearances with New Zealand Premier Club Harbour Hawks as well as the Manly Marlins in the Shute Shield.

“I am really grateful and excited at the opportunity to play for the Free Jacks,” commented Brumwell. “Getting to lace up the boots with past teammates as well as creating new memories and connections is what I am most looking forward to.”

“Ewan [Honest] Brumwell, will bring a lot of maturity and class to the New England Free Jacks backline,” commented Free Jacks Head Coach, Ryan Martin. “Ewan gained his nickname through always giving honest and rugged performances while playing for his club team, Harbour, in the Dunedin Premier Club Competition. Ewan is a true utility back who is defensively sound and loves to promote the ball on attack.

Brumwell arrived in New England this week and will hit the ground running following a mandatory quarantine period. Fans can look out for Brumwells’ physical presence on the field in the coming weeks.