Joe Johnston: ‘I Am Planning On Sticking Around’ 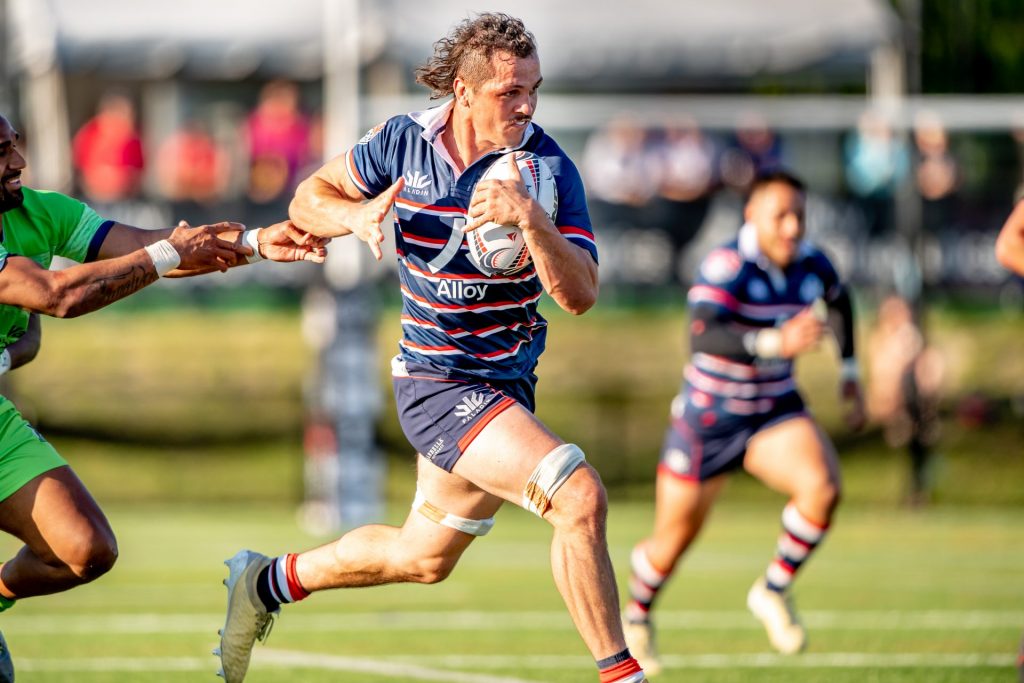 Playing for the New England Free Jacks for a second Major League Rugby season, Joe Johnston is raring to go for the team’s second game of the 2022 season against Old Glory DC this Friday night.

Joining the team ahead of the 2021 campaign, the US-qualified forward has grown to be a major part of the Free Jacks machine and is looking to push on further in 2022.

HEADING OUT OF THE BYE WEEK

In week one, the New England Free Jacks beat the NOLA Gold 24-13 in Louisiana. Whilst ending the clash as winners, it was no easy thing to beat Kane Thompson’s side, having to make over 270 tackles across the 80 minutes, having to defend 24 lineouts, all in the process of conceding 20 penalties.

In some ways, that result has made the opening day a little bit more surprising, albeit promising given that it was the Free Jacks’ first game under new Head Coach, Scott Mathie.

“You look at how many tackles we made and how many penalties we gave away, even though we won, we were probably a little bit lucky in some parts of the game,” Johnston said.

“Coming off a week like that into the bye week, there is no rush. We’ve had a bit of time off to not stress and put some things in place and fix up a few things that need fixing.

“We were happy with the win, but we did see some faults and having the bye let us fix them without really panicking.”

At 23, Johnston’s value to the Free Jacks extends far beyond his years. In 2021, the back-row forward was second only to Wian Conradie in the successful tackles player rankings, making 187 across the 14 games that he played last season.

A leader on and off the field, Johnston is not only a defensive leader, but a part of the club’s wider leadership group too. As a result, the New Zealander has been a major part of correcting the faults from their first outing of the 2022 season, whilst also preparing for an encounter with Old Glory DC on Friday night.

Following the game with DC, two more road games will follow. First is a clash with the LA Giltinis at the Los Angeles Memorial Coliseum and then a trip to Hoboken, New Jersey, to play Rugby New York, a week later it will be the home opener against the Toronto Arrows.

“We have spoken about starting the season strong,” Johnston said. “It is a cliché, but it is one of the most important things in your season, starting strong and going from there.

“We have really homed in on that and in our preseason, we really centered around being a good team and that all comes from starting well.

“You have just got to bag a good portion of your away games and then you are going to sit alright. So, being on the road these first two weeks, we have said to ourselves to really focus on being professional when we come to training, when we are in the team environment and even in our free time.

“Just being smart so that we get off to a good start these first four weeks, so that we are humming. That is something we struggled with last year, so learning to start well is crucial.”

WHY BOSTON IS HOME

Coming to Boston by no means happened by chance. Throughout his life, Johnston has only ever heard stories of the city, the city where his mother, Ginny, grew up. A move to MLR offered the 23-year-old the opportunity to not only play rugby but reconnect with family.

“As soon as mum found out, she got in contact with all the relatives that we have got out here,” Johnston said. “Last year, I spent quite a bit of time teeing up meet and greats with a couple of cousins who I hadn’t really met before.

“With mum being American, I’d never really met her side of the family because we lived in New Zealand, so coming over here was real nice.

“I caught up with my uncle, aunt and my cousins a couple of times. It has honestly been great. Mum loves it, and all going well with Covid, I think my parents might even come over towards the end of the season and do the same thing, because it has been a while for mum since she has been home.”

Playing for the Eagles is very much on the cards for Johnston. Right now, his challenge is striking the balance between his goal of playing rugby the year round, both in North America and in the southern hemisphere.

As much as international rugby is a possibility now, the thought of plying his trade in America started during the 23-year-old’s school days, where globe hopping and playing the game he loved was a core motivating factor in day to day life.

“I thought about it from school,” Johnston said. “My parents travelled, so I grew up listening to travel stories. I always wanted to travel, and I knew I could travel with rugby.

“You hear all these stories, about how players have travelled to other countries to play rugby and having an American passport, MLR seemed like a real possibility.

“At school I was always thinking about America, playing rugby and seeing the country. When I left school, the competition started and it was quite professional, so I was very keen to come over.

“I am loving America. I’m glad I came, and I am planning on sticking around.”

As part of the offseason coaching changes, Johnston was reunited with Mike Rogers. The pair both came across one another when the back-row was an U19 player at the Bay of Plenty, the 23-year-old captaining the age grade side to a fourth-place finish in their domestic season.

Eventually Rogers graduated to coaching the first team in Mount Maunganui, Johnston very much a part of the Bunnings NPC side at that point. At the start of 2020 again, the pair were embedded with one another again.

Rogers was taken on as the Head Coach of Global Rapid Rugby side, the China Lions, Johnston brought on as a player. A competition first established in 2018, and had sides established in Fiji, Samoa, Malaysia, Hong Kong and Australia.

With amended laws, the 2020 season was called off after one game played as a result of the global pandemic.

“That is kind of my Covid story,” Johnston said. “We were playing under the banner of being a Chinese club but operating out of New Zealand. It was all signed off, we even played one a game in Fiji and then Covid kicked off and we got back to New Zealand, were in lockdowns and the competition got cancelled.

“When I left school, I put a lot of my eggs in the rugby basket. I thought that I wanted to pursue a living from rugby, so I would dedicate a lot of time to it.

“I did study as well, I got a diploma while playing and once rugby kicked off, I parked studying for a bit. That was my plan A, so when Covid happened I was a bit worried because I hadn’t struck major stardom.

“I was probably just getting into the professional part of my life with rugby, so I was no big name that could use that name to get back into the game, so I was a bit worried that maybe I wouldn’t continue playing rugby.”

Rogers’ introduction to the staff in Quincy was also influential in the addition of Johnston’s brother, Alex, also making his way to Massachusetts. Described as “hardworking and uncompromising” by Rogers, Alex’s signing also allows the two brothers to play professional rugby together.

“Alex has always been playing rugby and we played in the same club team (Te Puke Sports and Recreation Club),” Johnston said. “He has got his American passport too, so I was able to give him a bit of a name drop, show the team a bit of footage.

“He has been a prop for about five years now, and with Mike having coached at Bay of Plenty and having seen Alec play club rugby, I guess it was all luck. It is great having Alex here, I am living with him at the moment. It is really fun.”